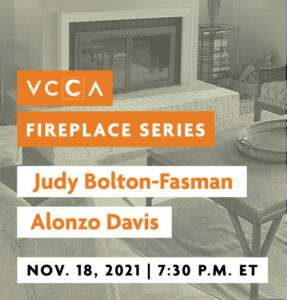 Featuring: Judy Bolton-Fasman and Alonzo Davis
When: Thursday, November 18, 2021, at 7:30 p.m. ET
Where: Live on Facebook and YouTube

Judy Bolton-Fasman is a recent recipient of the Alonzo Davis Fellowship, established in 2007 by renowned visual artist, VCCA Fellow, and former Board member Alonzo Davis to support American writers, visual artists and composers of African and/or Latin American descent.

We’re honored to bring these two together for a virtual event celebrating their work. Judy Bolton-Fasman will read from her new memoir, ASYLUM: A Memoir of Family Secrets, and Alonzo Davis will share recent work. 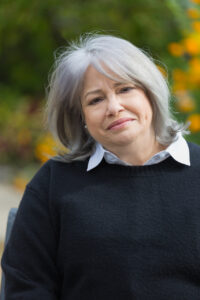 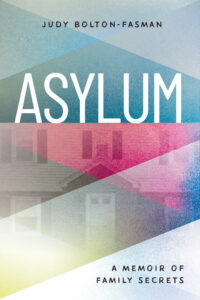 Judy Bolton–Fasman is the author of ASYLUM: A Memoir of Family Secrets from Mandel Vilar Press. Her essays and reviews have appeared in major newspapers including the New York Times and Boston Globe, essay anthologies, and literary magazines. She is the recipient of numerous writing fellowships, including the Alonzo Davis Fellowship at the Virginia Center for Creative Arts. She is a four-time winner of the Rockower Award from the American Jewish Press Association and a Pushcart Prize nominee. She recently received an honorable mention in Tiferet’s Creative Nonfiction Essay Writing Contest. 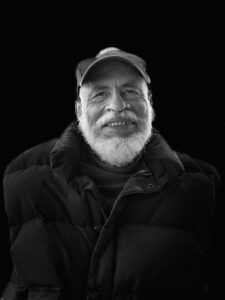 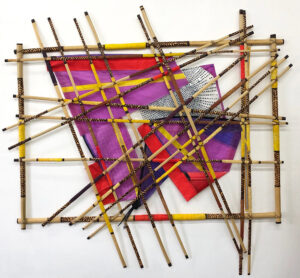 Alonzo Davis’ career as an artist spans four decades. A native of Tuskegee, Alabama, Davis moved with his family to Los Angeles in his early teens. After acquiring an undergraduate degree at Pepperdine College he earned an MFA in Printmaking and Design at Otis Art Institute. Influenced early on by the assemblagists, Davis soon took wing and began to experiment with a variety of mediums, techniques and themes. During the ’70s and early ’80s, Davis’ involvement in the California mural movement culminated with the 1984 Olympic Murals project. His Eye on ’84 is one of ten murals on the walls of the downtown Los Angeles Harbor Freeway. In recent years, he has been creating works about social justice issues and the worsening climate crisis.

Pictured above is work from his recent Navigating Climate Change series.