NEA-Supported Writer Anna Stull Speaks about her Experiences in Iraq 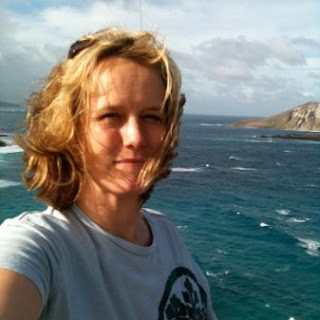 A medically retired Captain in the Army Nurse Corps, writer Anna Stull came to VCCA on a fellowship funded by the NEA supporting military veteran artists. Anna is writing a memoir of her experiences deployed to Abu Ghraib Prison in 2006 and as Saddam Hussein’s nurse while detailed to the Iraqi High Tribunal Court during the Al-Anfal Trial.
Anna began writing soon after her return from Iraq as a form of therapy. Over the course of three years as she wrote, she gained clarity about what she had been through. Once she realized, it’s okay; I’m okay, as opposed to, I’m still wounded, she felt able to move into a more didactic mind frame and begin writing in a serious way about her experiences. “In the beginning, I was nervous about putting anything in print that had anything to do with my co-workers,” she says. “And then I realized, I’m not writing about them; it’s my story and I’m writing about events. I figured out a way that makes it possible for me to address what I need to address and not make it punitive.“

Raised in a liberal academic family, Anna seems an unlikely person to join the armed forces, although she’d had a variety of physically challenging, often dangerous jobs: EMT, wild land firefighter and ski patrol member. But saddled with debt from nursing school at UNC, Chapel Hill and with a kindergartener to support (whom she would be separated from for 20 months while she was deployed), the military offered a good solution. “I wasn’t excited about nursing when I graduated; I’d always had jobs that were out of doors and I felt very strongly that regardless of political affiliation, our service people deserve good healthcare. I did my clinicals at Duke and learned good critical thinking skills. I like to think that had some benefit beyond direct patient care. I thought maybe I could handle, possibly even, a leadership role. I don’t even know how to explain it—there was a calling.”

“Torture was hard. It still existed, and don’t ever think it didn’t. I cared for people who’d been tortured all the time. The C.I.A. may never waterboard again, but they’ll find something different. And those subordinate units that aren’t scrutinized as closely (Delta Force, the SEALS, psychology units), they absolutely continued until the day we left. And there’s an acceptable element within Iraq and other Arabic countries that torture’s part of the fabric of the society, even though 99% don’t want it. A lot of times they’d have somebody in custody, the U.S. would be there, they’d allow the Iraqi police or army to torture the person. If they didn’t die, but came within death, they packaged them up and sent them to us. I had a note on my clipboard that said: Fresh trauma is normal. Fresh trauma is someone who’s been shot, or been in an IED explosion and have been brought straight to you. Like that’s normal, that’s understandable. We called the torture victims “recycled trauma”. The trauma happened and then somehow they’re recycled through the system and when they finally got to us, it was never normal. Arms would be broken at terrible angles, but the injuries would be a week old. You’d have to amputate at that point. We were giving a very high level of medical care, but we were not rehabilitating anybody. So the best way to give this person an opportunity to live was not rehabilitate in a case like that. It was an amputation.”