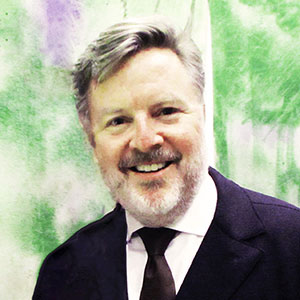 O’Halloran’s involvement with VCCA began when he was elected to serve as Treasurer in November of 2018. The Board of Directors appointed Kevin as Interim Executive Director in August of 2019 following the departure of former Executive Director Joy Peterson Heyrman. In that brief time, Kevin has been instrumental in establishing a satellite office in Richmond, Virginia for VCCA’s development and communications team, hiring several new staff members, and mounting a successful capital campaign. The board and staff are excited to see him continue his leadership in a permanent position.

“On behalf of the Board, we could not be any more pleased. The decision to ask Kevin to move into this role was unanimous,” says Graeff. “Looking back on Kevin’s work in his role as Interim, I can only say that there was nothing ‘interim’ about his focus and commitment. From day one he has demonstrated the foresight, dedication, and leadership our organization needs at this momentous time in our history.”

“I am honored that the board has entrusted me with this new role at VCCA,” says Kevin. “I care deeply about VCCA’s mission, and I’ve come to love its beautiful home at Mt. San Angelo. As VCCA approaches its fiftieth anniversary, I look forward to working with the Board, staff, and Fellows to build upon the past and secure VCCA’s future.”