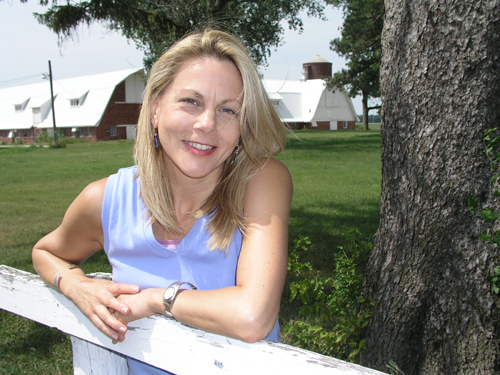 VCCA is pleased to announce that Debra Marquart has won VCCA’s Wachtmeister Award for Excellence in the Arts for 2013. Selected from a highly competitive field of international applicants, Marquart will receive a fully-funded residency at VCCA, reimbursement of travel costs up to $700, and an honorarium of $1,000.

A performance poet, Marquart is the author of two poetry collections: Everything’s a Verb and From Sweetness. Her memoir, The Horizontal World: Growing Up Wild in the Middle of Nowhere, was published by Counterpoint Books in 2006. It received the “Elle Lettres” award from Elle Magazine and the 2007 PEN USA Creative Nonfiction Award.

An English professor, Marquart teaches in the MFA Program in Creative Writing & Environment at Iowa State University as well as the Stonecoast Low-Residency MFA program at the University of Southern Maine.

Originally called the VCCA Award for Excellence in the Arts, this award acknowledges the vital role of the arts in our world, the importance of artists who exemplify excellence in their field, and the necessity of time and space for the creative phase of all artistic work. Endowed by VCCA Board member Linda Wachtmeister and administered by the VCCA Fellows Council, the Wachtmeister Award is presented annually to a prominent writer, visual artist or composer whose significant achievement in the arts is widely recognized.