Established in 2016, and first awarded in 2017, the Steven Petrow LGBTQ Fellowship is open to visual artists, writers, and composers who self-identify as LGBTQ. This juried fellowship is awarded on a competitive basis, and the selection is made based on the quality of the submitted work. The Petrow Fellowship is a fully-funded, two-week residency that provides a private bedroom, separate studio, and all meals in a community of 25 visual artists, writers, and composers.

The Steven Petrow LGBTQ Fellowship is handled through the VCCA residency program for the summer scheduling period (June – September) and does not have a separate application. Please select the fellowship in question one of your application. 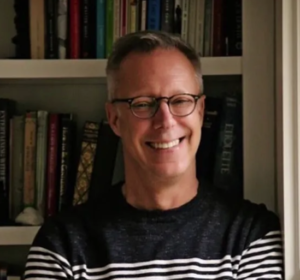 Steven Petrow is an award-winning journalist and book author who is best known for his Washington Post and New York Times essays on aging, health, and civility. He’s the author of five books, including Steven Petrow’s Complete Gay & Lesbian Manners.  His 2019 TED Talk (“3 Ways to Practice Civility”) has more than 1.6 million views, and his forthcoming book, Stupid Things I Won’t Do When I’m Old, will be published in 2021. Steven’s work has been published in Time, The Atlantic, the Daily Beast, the Los Angeles Times, and USA Today. Much of his work over the past decade has taken place at VCCA; he is grateful for the time, space, and magic at Mt. San Angelo and currently serves as a member of the Board of Directors. Previously, Steven was the president of NLGJA: The Association of LGBTQ Journalists. He lives in Hillsborough, N.C.

Daniel Handal is a Honduran born artist who lives and works in New York. He received his BS in Applied Sciences from Rutgers University and studied Photography at the International Center of Photography. Handal’s work centers on portraiture and explores issues of gender, sexuality, identity, and community. His work has been included in exhibitions at ClampArt Gallery in New York, New Mexico Museum of Art, Deborah Colton Gallery in Houston, The powerHouse Arena in New York, Australian Centre for Photography in Sydney and MKII in London. Handal’s work has been published in The Huffington Post, Slate and Hyperallergic. He has participated in residencies at The Millay Colony for the Arts, the Constance Saltonstall Foundation for the Arts and the Center for Photography at Woodstock. Handal currently serves on the board of directors of Baxter St and is represented by ClampArt Gallery in New York.

Lydia Conklin has received a Stegner Fellowship in fiction, a Creative Writing Fulbright in Poland, a Rona Jaffe Foundation Writer’s Award, a grant from the Elizabeth George Foundation, two Pushcart Prizes, a Creative Writing Fellowship from Emory University, work-study and tuition scholarships from Bread Loaf, and fellowships from MacDowell, Yaddo, Hedgebrook, Djerassi, the James Merrill House, the Vermont Studio Center, VCCA, Millay, Jentel, Lighthouse Works, Brush Creek, the Santa Fe Art Institute, Caldera, the Sitka Center, and Harvard University, among others, and grants and awards from the Astraea Foundation, the Puffin Foundation, the Massachusetts Cultural Council, the Alliance of Artists Communities, and the Council for Wisconsin Writers. Her fiction has appeared in a compilation of the best of the last twenty-five years of the Pushcart Prize and in Tin House, American Short Fiction, The Southern Review, The Gettysburg Review, and elsewhere. She has drawn cartoons for The New Yorker and Narrative Magazine, and graphic fiction for The Believer, Lenny Letter, Popula Magazine, Drunken Boat, and the Steppenwolf Theater in Chicago.

Beam is an author and professor in New York City. Her most recent book, I Feel You: The Surprising Power of Extreme Empathy, was published by Houghton Mifflin-Harcourt in March 2018. Her prior work, To the End of June: The Intimate Life of American Foster Care (Houghton Mifflin-Harcourt, 2013), was named a 2013 New York Times Notable Book, was longlisted for the Andrew Carnegie Award, shortlisted for the William Saroyan Prize and was a best book on several year-end lists including NPR, New York Magazine and The Boston Globe. She is also the author of Transparent: Love, Family and Living the T with Transgender Teenagers (Harcourt 2007), which won a Lambda Literary Award and was a Stonewall Honor book. Her young adult novel, I am J, was released by Little, Brown in 2011 and was named a Kirkus Best Book and Library Guild Selection, and is the first book with a transgender character to land on the state of California’s recommended reading list for public high schools. Her short memoir, Mother, Stranger, was published by The Atavist in 2012 and quickly reached the top ten on Kindle Singles. Cris’ work has also been featured in the New York Times, The Awl, The Huffington Post, The Guardian and on This American Life. She’s an Assistant Professor of English at William Paterson University.